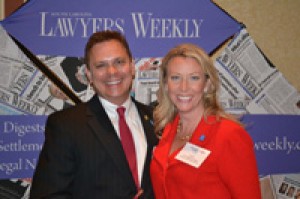 We have been following a significant autism Medicaid case before a federal judge in Florida and about a month ago began consulting with some very fine legal aid lawyers representing the plaintiffs. The case involved a child who was denied Medicaid coverage for Applied Behavior Analysis treatment by the Florida Medicaid agency on the basis that ABA was “experimental.”

Last week, the judge had her say on the matter.  In an oral ruling from the bench, Judge Joan Lenard said that Medicaid is required to cover ABA for any Medicaid-eligible Florida child for whom a doctor has recommended such treatment.  Following a hearing with testimony from both sides, the judge issued her decision from the bench, saying the case “cries out for immediate ruling.”

Judge Lenard held that applied behavior analysis is medically necessary and not “experimental” as defined under Florida statutory and administrative law, and federal law.

“Plaintiffs have established through their expert witnesses that there exists in the scientific and medical peer-reviewed literature a plethora of meta-analyses, studies and articles that clearly establish ABA as an effective and significant treatment to prevent disability and to restore children to their best possible functional level and restore their developmental skills.”

She chastised the Florida Medicaid agency – the Agency for Health Care Administration – for failing to properly examine the evidence underlying ABA and for dragging its feet for years in studying the issue.  “How many children were lost?” the judge asked.

“The Medicaid population of children diagnosed with autism . . . are deserving and will be given ABA treatment in the State of Florida.”

Judge Lenard noted the urgency in stating:  “Today is March 23rd. It is 4:35 p.m. I find that there is irreparable injury if the Plaintiffs and all persons under 21 who receive Medicaid assistance in the State of Florida do not receive applied behavior analysis treatment, those persons under 21 who have been diagnosed with autism and/or autism spectrum disorder.  Therefore, as of this moment, I enjoin the Defendants from enforcing the Florida behavioral health rule 214 as it relates to autism; and the State of Florida is hereby ordered to provide ABA treatment when it is appropriately prescribed by a medical professional immediately.”

The ruling from the United States District Court for the Southern District of Florida came in a case called K.G. v. Dudek.   Of the case, Judge Lenard said, “I’ve sat on the federal bench — March 1st, it was 16 years.  This case, if not the most important, is one of the most important cases that I have ever heard.”

A formal opinion is forthcoming. Kudos to the lawyers at Florida Legal Services, Legal Services of Greater Miami and the families involved in litigating this issue. Autism Speaksfrequently presents on legal issues involving autism coverage. During the past several years, Lorri and Dan have spoken at dozensof events, including the 2010 national legal aid conference. We will continue to closely monitor this litigation as well as other similar cases.

Dan and Lorri Unumb are authors of a textbook called “Autism and the Law,” and Lorri Unumb teaches a law school class of the same name at George Washington University Law School.